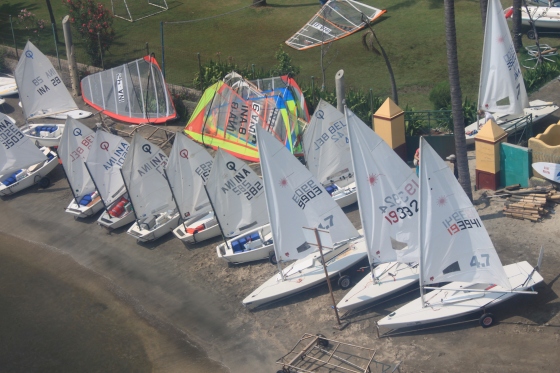 can you count the number of the boat?

1. Mathematics
a. A member of the set of positive integers; one of a series of symbols of unique meaning in a fixed order that can be derived by counting.
b. A member of any of the further sets of mathematical objects, such as negative integers and real numbers.
2. numbers Arithmetic.
3.
a. A symbol or word used to represent a number.
b. A numeral or a series of numerals used for reference or identification: his telephone number; the apartment number.
4.
a. A position in an ordered sequence that corresponds to one of the positive integers: the house that is number three from the corner; ranked number six in her class.
b. One item in a group or series considered to be in numerical order: an old number of a magazine.
5. A total; a sum: the number of feet in a mile.
6. An indefinite quantity of units or individuals: The crowd was small in number. A number of people complained.
7. numbers
a. A large quantity; a multitude: Numbers of people visited the fair.
b. Numerical superiority: The South had leaders, the North numbers.
8. Grammar The indication, as by inflection, of the singularity, duality, or plurality of a linguistic form.

This site uses Akismet to reduce spam. Learn how your comment data is processed.

Fresh from the oven